Staying on the Workout Wagon 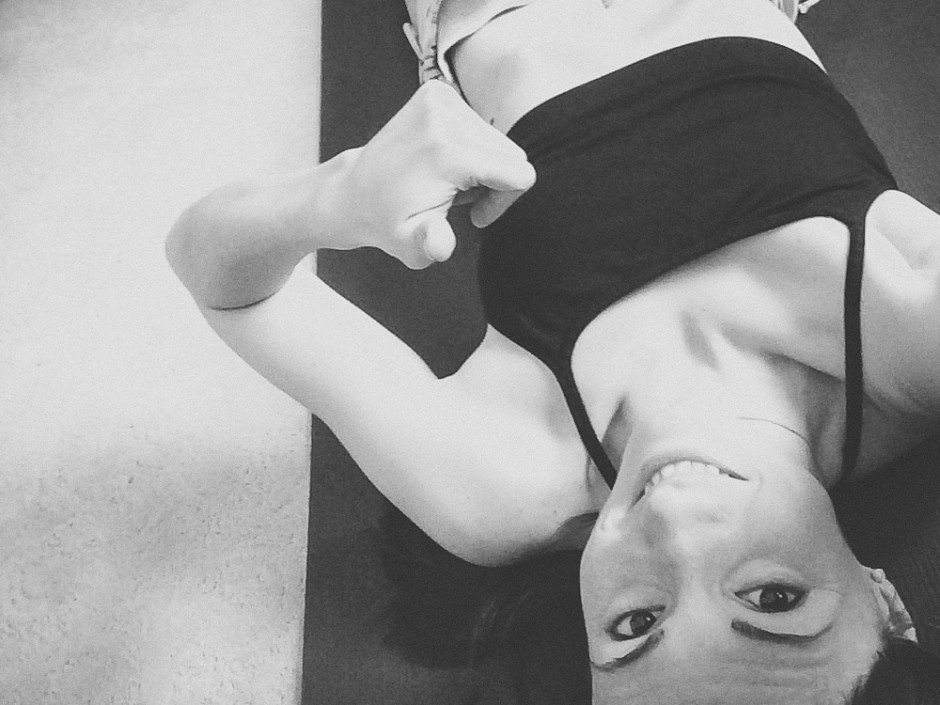 Beat Yourself at your Own Game

I‘ve admittedly had a rough time keeping up workout consistency over the last two years. At the end of 2013/beginning of 2014, I was doing really great getting back into exercising after being so ill for 12 years. Then preparations for moving abroad kicked into high gear and I just wasn’t able to keep it up. Then I moved. Then I started school. Started learning a language. Started recreating my life. I’m not one for excuses, so I won’t make them… I’ll just simply state that life was crazy and it often just didn’t happen. After a while, I was feeling sluggish and bloated and yuck.

So, starting in February, I said NO MORE. It isn’t the first time I’ve recommitted to getting back to pushing play, but each time since I’ve been in Paris, it only lasted a few weeks and then I fell back off the wagon. Granted, committing in February was TERRIBLE timing. I was struggling with my intensive French classes and even my teacher was telling me to take a medical leave. Most of the weekends were spent looking at flats/houses in search of a new home. Preparing for a trip to the states for two weeks and then a return to France (next week) with my mom. Nothing about that was conducive to a timely restart. I had to figure out how to SUCCEED with “bad timing.”

And I DID IT! I made it through the month pushing play almost every single day. I had a few forced rest days from traveling, but all in all I can finally say I made it a whole month. While this is honestly my biggest victory, the whole point is to be healthier and I can certainly say I’m feeling lighter, leaner, stronger and overall better. 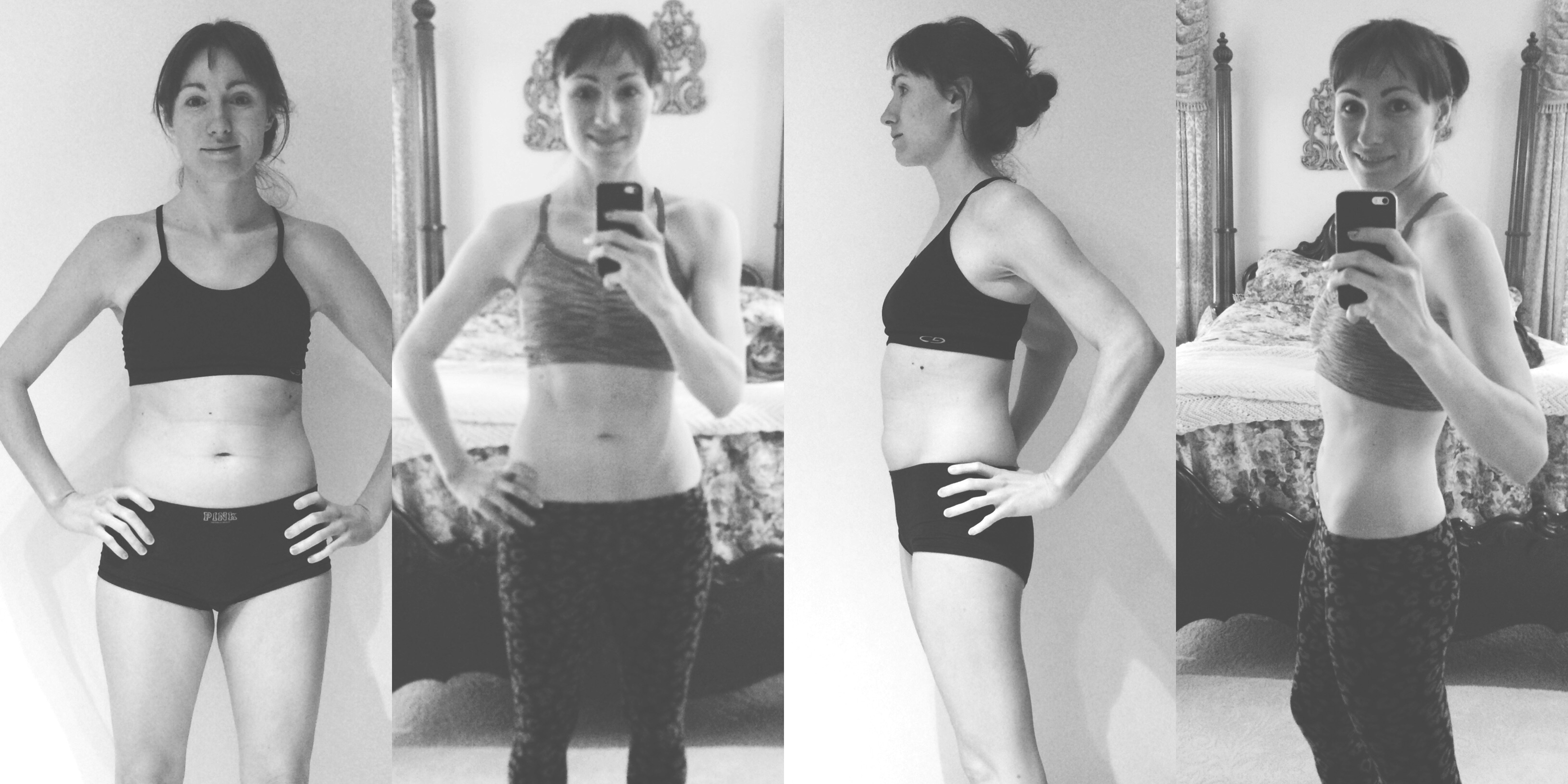 1 month of progress with a 70/30 combination of Beachbody’s PiYo/Cize and Shakeology every day!

I’ve “failed” enough to know what causes me to fall off the wagon, so here is the system I set up to promote success. 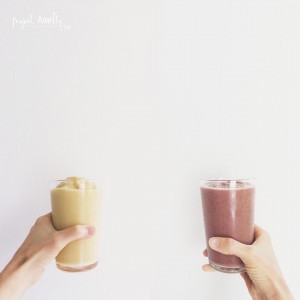 Cheers to being better together!✌️

It certainly wasn’t happening without accountability and daily support. Challenge groups are held on Facebook and are a group of people working toward the same goals and being better together. They are so key and a great place to not only share victories and struggles but also get great tips and success strategies. 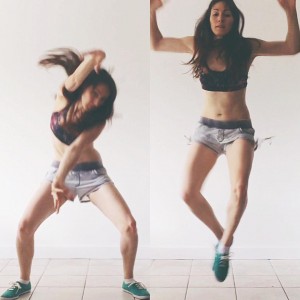 I’m kinda obsessed. CIZE got me all like “I feel like a super-dancer AND it’s giving me abs!” Boom.

❌ FAILURE PITFALL: Workouts are a chore.

✅ SUCCESS STRATEGY: I picked workout programs I was EXCITED about.

I used to be a gymnast, but also have a history of chronic illness. I am also currently a dancer. I picked PiYo and Cize as they seemed to fit where I was currently with my body, and are also my “spirit workouts.” I had lost a lot of flexibility and strength, needed to avoid impact, but also wanted to have fun and look forward to it each day. I frequently video pieces of my workouts, especially when I’m least coordinated and struggling the most! I love having before/afters to both laugh at and document my progress. 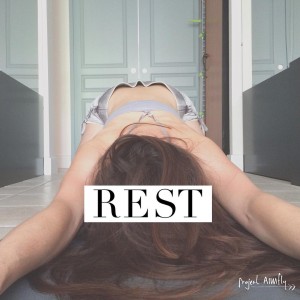 After 3 days of cize, my body was telling me it needed a “rest day,” but I refuse to lose momentum on building my workout consistency and habits. So, today was 21 Day Fix Yoga. Good practice and feeling the good vibes!

✅ SUCCESS STRATEGY: I pushed play (almost) every single day.
Even building the consistency on my rest days by doing a stretch or yoga workout. Rest days are important, and I also know I need every bit of habit-building I could get until it was truly second-nature. I know that even going 1 day without can break my habit-forming behaviour, so I choose to still actually push play even on rest days. Sometimes it was for a 10-min ab workout. Sometimes it was for a recovery workout. 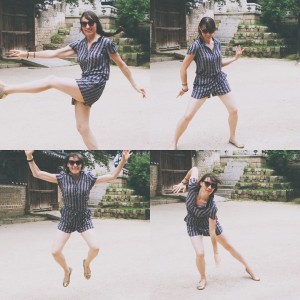 That one time I cized at a secret garden in a Palace in Seoul. We drifted to another area because the group was too big to hear the tour guide, so that was a perfect opportunity to break out and dance! Changdeokgung, Seoul, South Korea

✅ SUCCESS STRATEGY: I use Beachbody On Demand
I never have to worry about having my workouts with me wherever I am in the world… or even shipping them to France! I can keep them up on vacation and don’t have to pack anything extra. I can even do Cize routines wherever I find myself in the world without an internet connection as I have learned some of the routines by heart! 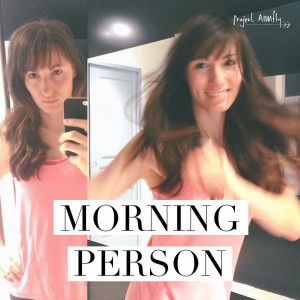 HOW TO BE A MORNING PERSON: 1⃣ Get out of bed. I know. It’s hard. 2⃣ Push play on Cize. 3⃣ Dance! // these photos were about 10 mins apart and a true expression of how I felt!

❌ FAILURE PITFALL: Too tired or busy at the end of the day.

✅ SUCCESS STRATEGY: I workout in the mornings.
This may not work for everyone, but it is CLUTCH for me! If I wait til the day gets started, there is only about 10% chance I’ll get it in. As soon as I get out of bed, I put on my workout clothes. Get it done and then it not only frees me for the whole day, but also sets the tone for the day. Even though I’m not a morning person, I am DEFINITELY a morning workout person! Give it a try before you say it isn’t for you! 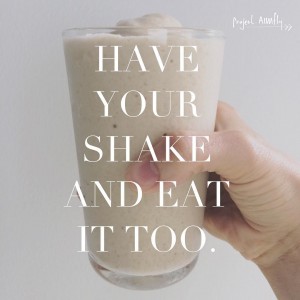 They say you can’t have your cake and eat it too. But if you make a cake-inspired shake, YOU CAN HAVE IT ALL! Tastes like dessert (sometimes I have one for dessert), packs the nutrition of 5 salads, and can be inspired by the most amazing orange blossom crème brûlée you ever had on vacation in Provence. Vanilla Grapefruit ShakeO with Eau de Fleur d’Oranger.

❌ FAILURE PITFALL: Nutrition getting off track.

✅ SUCCESS STRATEGY: SHAKEOLOGY.
Where do I start?! This stuff has been a LIFESAVER for me in France where it is perfectly normal for a meal to be nothing but bread, cheese and butter. While I had been off the workout wagon, I have successfully stayed on the Shakeology wagon for over 2 years and also been able, as of January, to finish weening off my VERY LAST medication (I used to take 30 pills a day).

What do you do to beat yourself at your own game and make it happen?

Wanna join me? You can even try it for free for a month! Hit me up if you want to join my next challenge group or get started here and click on “Beachbody on Demand” on the top left. 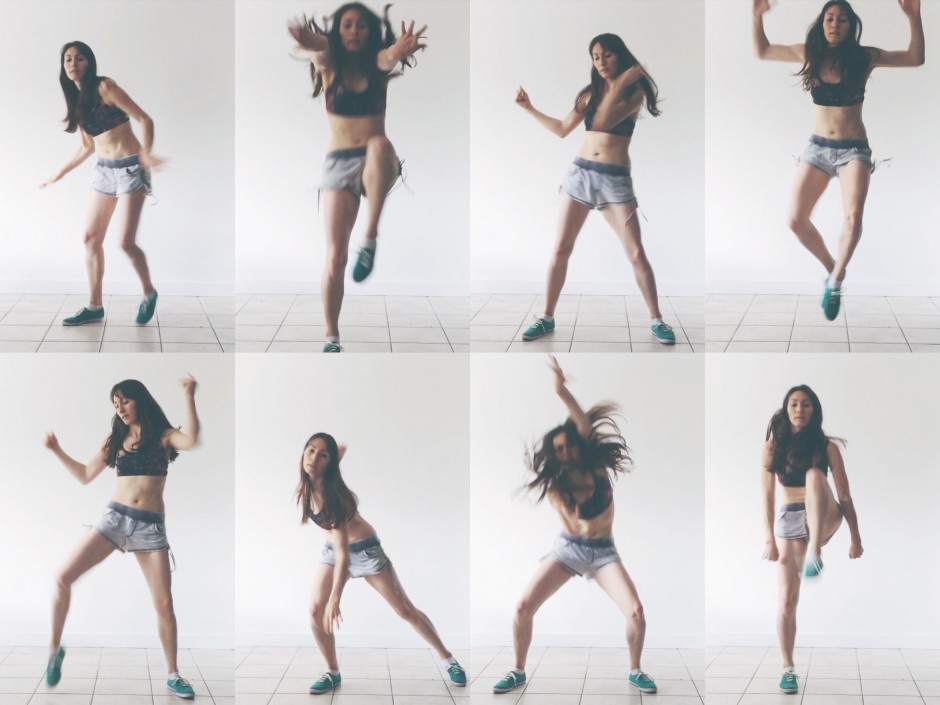 HAPPY HUMP DAY!
Quick little update: CIZE IS AWESOME. Lol. No, really. I’m already noticing differences in my body (leaning out and toning up), which is the best kind of motivation to keep doing something and being consistent! I’m already having so much fun and I looked ahead at the more advanced videos and they are so legit. Today I started in on the third routine and recorded a little video just after finishing with some of my thoughts.

Did I mention how much I love this program? Cize is where it’s at! I really hate cardio and I wake up every morning excited to get my workout in. I have ONE spot left to join me in the August group currently in pre-season and would love for it to be you! Drop me a comment below if you want it (or find me on social media if that is easier for you). 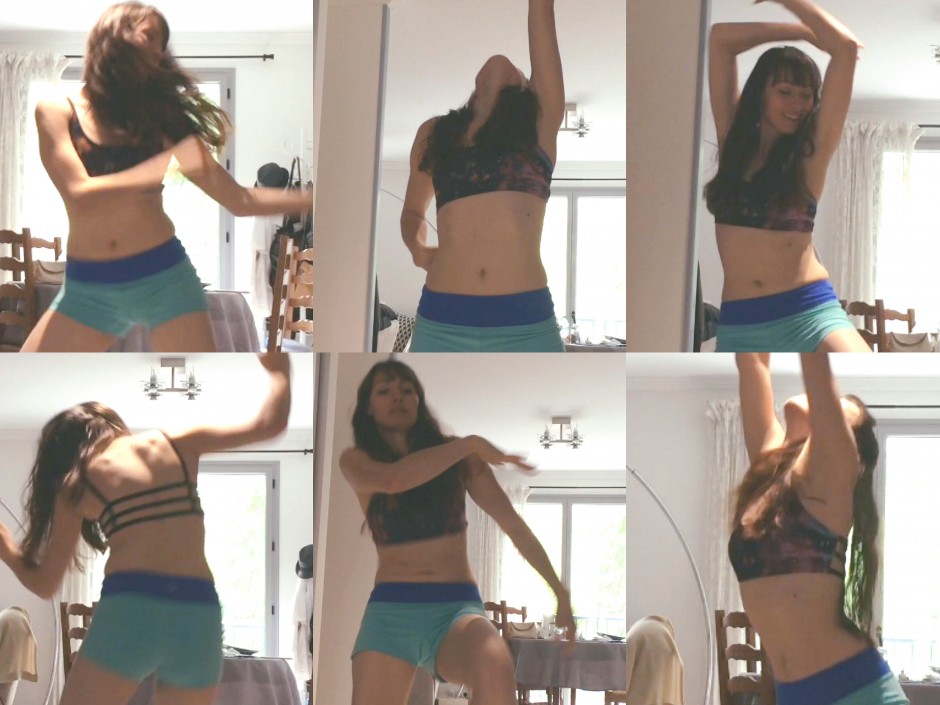 About 18 months ago, Shaun T and I first met. He had changed some friends’ lives, so I figured he couldn’t be too bad. We hung out in my living room nearly every day and he told me what to do and made it so easy. He even gave me a helper (Tania) that showed me what to do when things were too hard.

I started his T25 program right as I was really starting to improve my health. It got me in the best shape of my life, even though I was doing almost all modified/no-impact moves à la Tania. Stuff happened (like that time I moved to another continent) and we haven’t hung out in a long time. But, the guy earned my respect and trust real fast.

I also kinda love Shaun T because he is an AMAZING dancer. And I always wished he just would create a workout program where he would teach me to dance like him. Since we are besties and all, he must have heard me and he went to work. The result: CIZE (the “end of exercize”). It just launched last week and I gave it a try today.

EEK!! It was so awesome! I was worried it would be corny, honestly. Let’s be honest: an exercize program for “everyone” that is dance-based could easily be cheesy. And then there is that line in the preview where the girl says “that made me feel, like, really cool.” Don’t worry, he redeems the whole video by ending it with “this ain’t no cha-cha-cha.” I’m a swing dancer and ex-gymnast, so I can dance a bit. I don’t THIS kind of dance, but I can dance. So, somehow, in his Shaun T awesomeness, he made Cize easy to follow (it was about as easy to learn the choreography as his other workouts… he breaks it down but you still need a couple of tries to put it all together without a fumble), and fun! So FUN! NOT CHEESY! I was dancing between the “sets” and the best part: my cardio workout—which is NOT my favorite thing and I usually have to block the clock on the screen so I stop staring at it the whole time—flew by!

Shaun T, you won me over again. I’ll see you tomorrow!